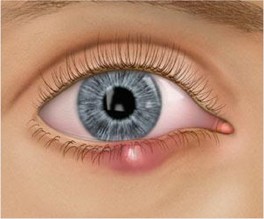 What are Meibomian Cysts (Chalazion)?

A meibomian cyst or stye are lumps in or along the edge of an eyelid.  In some situations it may be difficult to distinguish between a cyst and a stye.

A stye often appears as a red, sore lump near the edge of the eyelid, caused by an infected eyelash follicle.  When a stye occurs inside or under the eyelid, it is called an internal hordeolum.

A cyst is an enlargement of an oil producing gland in the eyelid.

The term chalazion comes from a Greek word meaning "small lump".  A chalazion forms when an oil producing gland in the eyelid called the meibomian gland becomes enlarges and the gland opening becomes clogged with oil.

Chalazions tend to develop further from the edge of the eyelid than styes.  Often larger than a stye, chalazion are usually not painful.  It is not caused by an infection from bacteria and it is not a cancer.  Sometimes, when a stye does not heal, it can turn into a chalazion. 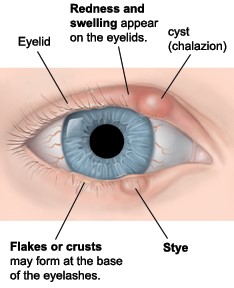 A red bump along the edge of the eyelid at the base of the eyelashes, usually with a small puss spot in the centre

About 25% of chalazion have no symptoms and will go away without any treatment.  Sometimes, however, a chalazion may become red, swollen and occasionally may be tender.  A larger chalazion may also cause blurred vision by distorting the shape of the eye.  Occasionally, a chalazion can cause the entire eyelid to swell suddenly.

Who is a Risk for Chalazion or Styes?

Anyone can develop a chalazion or styes, but if you have Blepharitis, a condition affecting the eyelid margins you may be more likely to get either one.

You may also have an increased risk of developing chalazion or styes if you:-

What Causes Chalazion and Styes?

A painful, tender stye (also called a hordeolum) is usually caused by a bacterial infection.  A stye will develop at the base of the eyelash if the eyelash follice (root) is infected.  This is usually an external hordeolum.  A stye will also devleop if there is an infection in one of the tiny lubricating oil glands (called meibomian glands) inside or under the eyelid.  When this occurs, it is usally called an internal hordeolum.  A stye can also be caused by widespread inflammation of the eyelid from Blepharitis, a condition that affects the eyelid margins.

It is important not to squeeze or to try to "pop" a chalazion or stye.  This may spread the infection into the surrounding eyelid tissue.

Symptoms of a chalazion or styes are treated with one or more of the following methods:

Soak a clean wash cloth in hot water and apply the cloth to the lid for 10 to 15 minues, three or four times a day until the chalazion or stye is gone.  You should repeatedly soak the cloth in hot water to maintain adequate heat.  The warm compress should allow the clogged gland to open and drain white or yellow discharge.  If the gland opens, gentle massage around the stye or chalazion may help drainage.

An antibiotic ointment may be prescribed if bacteria infects a chalazion, or if a stye does not improve after treatment with warm compresses or it it keeps coming back.

A steroid (cortizone) injection is sometimes used to reduce the swelling of a chalazion.

If a large chalazion or stye does not heal after other treatments or if it affects your vision Mr. Golchin may need to drain it in surgery.  The procedure is usually performed under local anaesthetic in the Outpatients Department. 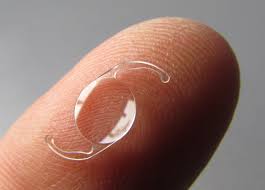